Master Scholarship opportunity from the US government

International Relation Office organized a workshop under the title “Gender-Based Violence on December 6th, 2018 with collaboration of General Consulate of USA in Erbil. The workshop was presented by Mr. Steven Fagin, US Consul General in Erbil.

Mr. Steven Fagin and his colleagues Ms. Heather Carlin Fabricant, Public Affairs Officer, Mr. J. Rush Marburg, Deputy Public Affairs Officer and Mr. Dler A. Hamad have been welcomed by President, Vice Presidents, and Director of International Relations Office. Before the program, a short small meeting has been taken placed in the President office. During this short meeting, brief information has been given Dr. Idris Hadi about Tishk International University, its collaboration with USA universities and its achievements.

The program has started with the welcome speech of Dr. Idris Hadi Salih, the President of TIU. In his speech, he expressed his condolences for the death of the 41st president of the United States, George H.W. Bush. He said; “I have really deeply saddened when I learned the death of your former president. I would like to offer my heartfelt condolences and the assurance of his prayers to all the Bush family and your nation. Then, Mr. Fagin has given a speech about Gender-Based Violence to the audience. The end of the program Mr. Fagin has given answers to the students and academicians’ questions.

Number of participants: more than 50 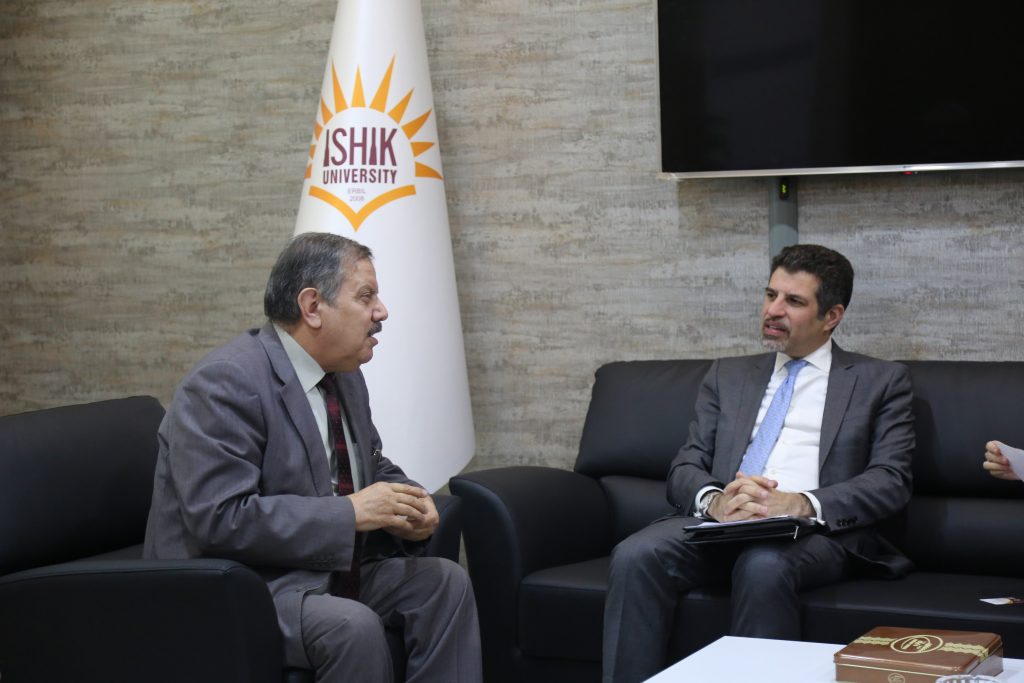 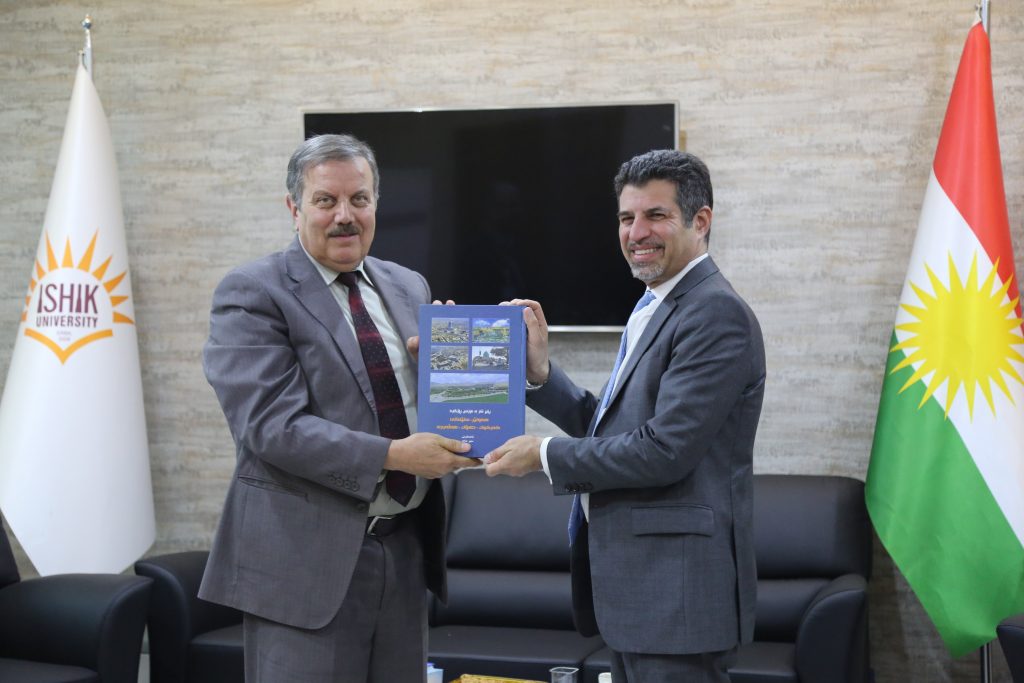 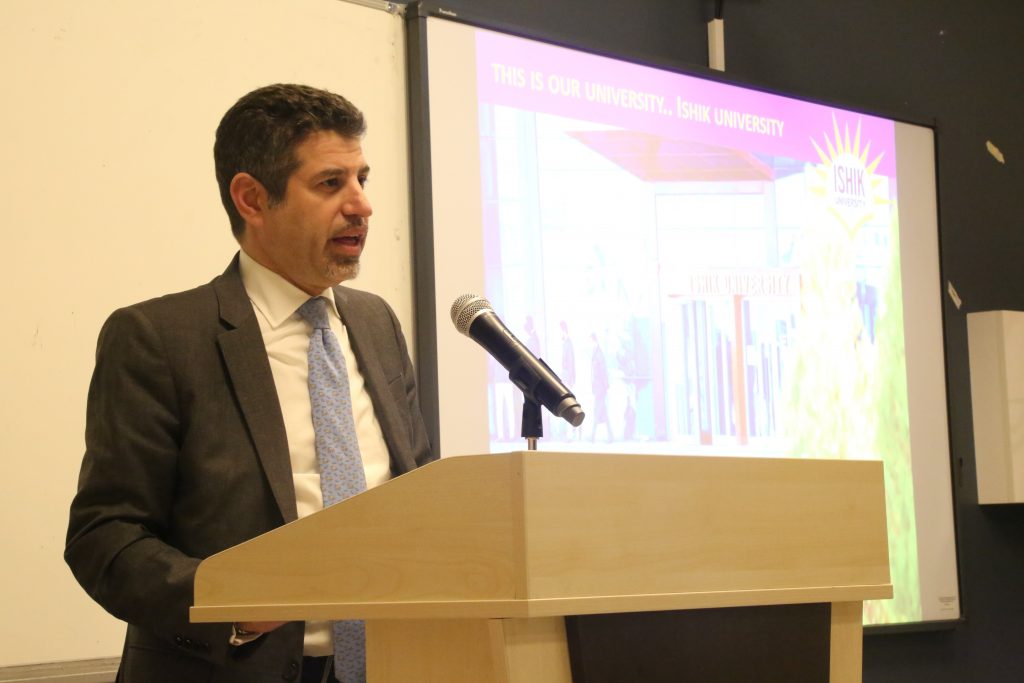 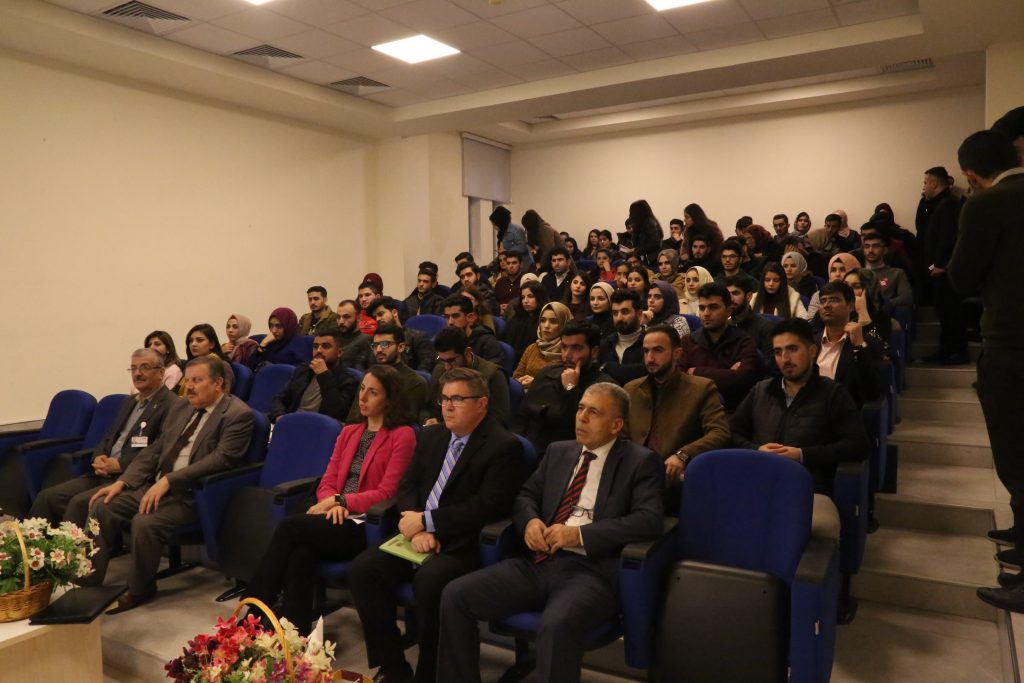 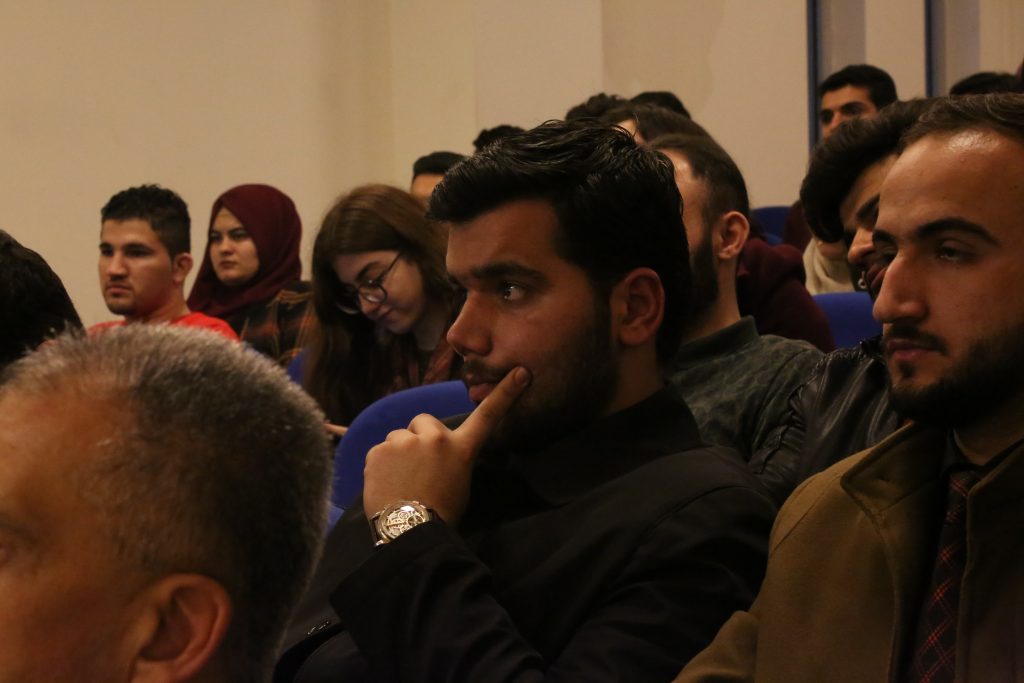 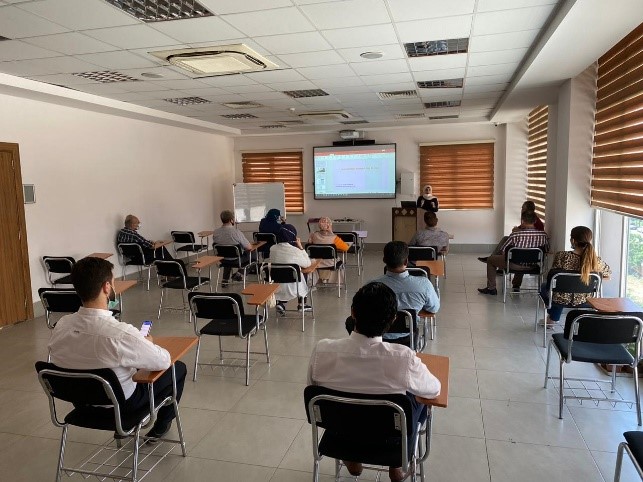